Alas, we made it to British Columbia for some beautiful scenery, yet we were STILL not able to escape the SMOKE. You can see the haze at the border…

Alan was a rock star driving our huge rig through these tiny congested lanes. He has been amazing.

So the “beautiful” drive up the sea to sky highway to Whistler WAS pretty, even though we could not see the mountains. I have never been, so I didn’t really know what I was missing, but I could tell there was a whole heck of a lot of scenery that was covered up.

But the BEST part of the trip up here, was that Big Brother Diego was coming to visit us and to do some rock climbing with his old pro Dad. Squamish BC is basically the Yosemite of British Columbia for rock climbers and they were going to have a go at it.

Dad has all his boys together again!

Diego has taken to rock climbing recently and Alan planned a day trip to Squamish with him so he could get him up on some traditional routes. The night before, all the gear came out, and Alan was in his happy place. Diego was an eager student.

And Diego was an excellent teacher and spotter!

The next day, Alan and Diego went to climb, while I took the young boys on the Sea to Sky Gondola.

It was way more than I bargained for. Great little scavenger hunt hike for the kiddos… 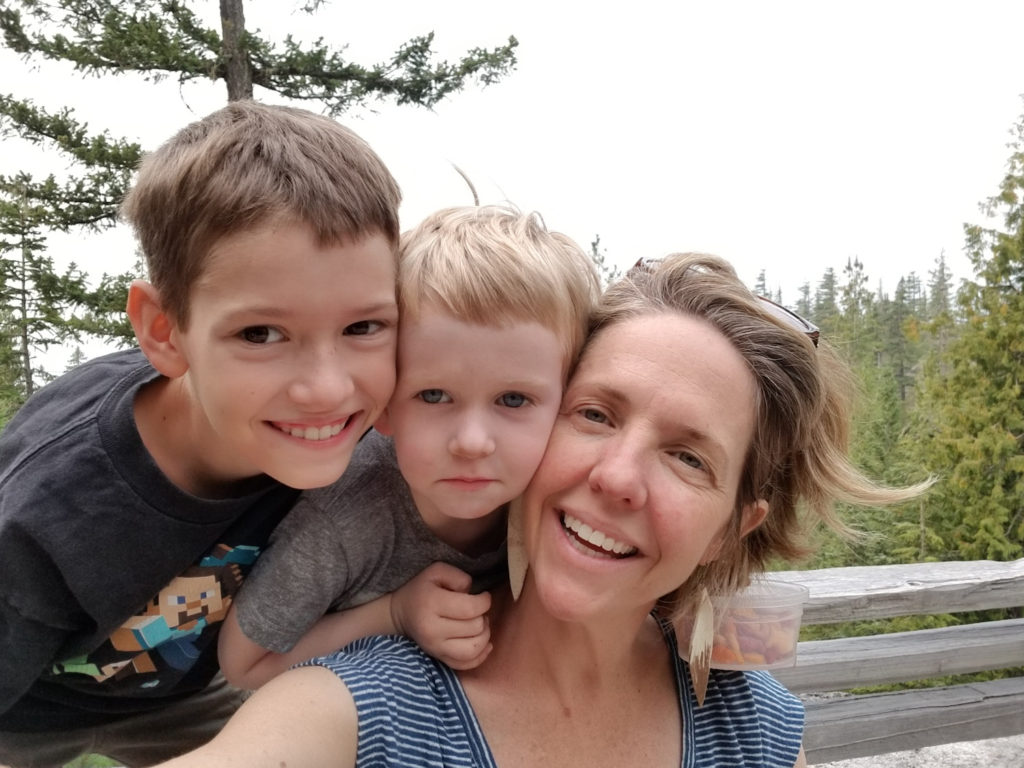 Cafe, playground, and a fun Gondola ride back down.

There was a lumber yard down below, and we could see the tug pulling all the logs through the water….

The kids weren’t super impressed, but I thought it was cool.

So when it was time to pick Alan up, this is what I saw…

Spending the entire afternoon the the rock with his son in one of the best climbing spots in Canada? Happy happy man!

Diego did great on the rock and lead some of the pitches. Alan was real pleased with how well he did.

On the “sharp” end of the rope! 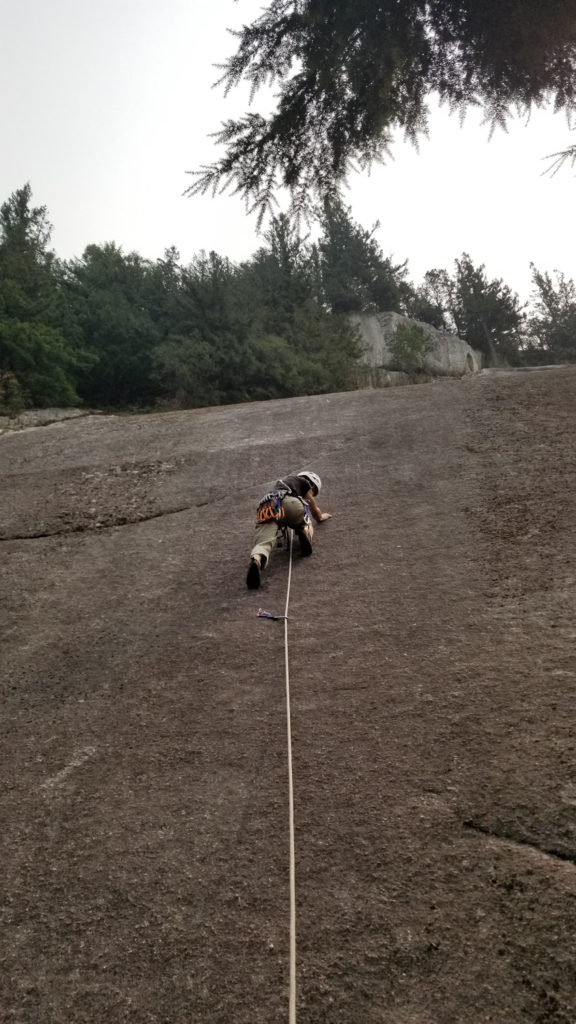 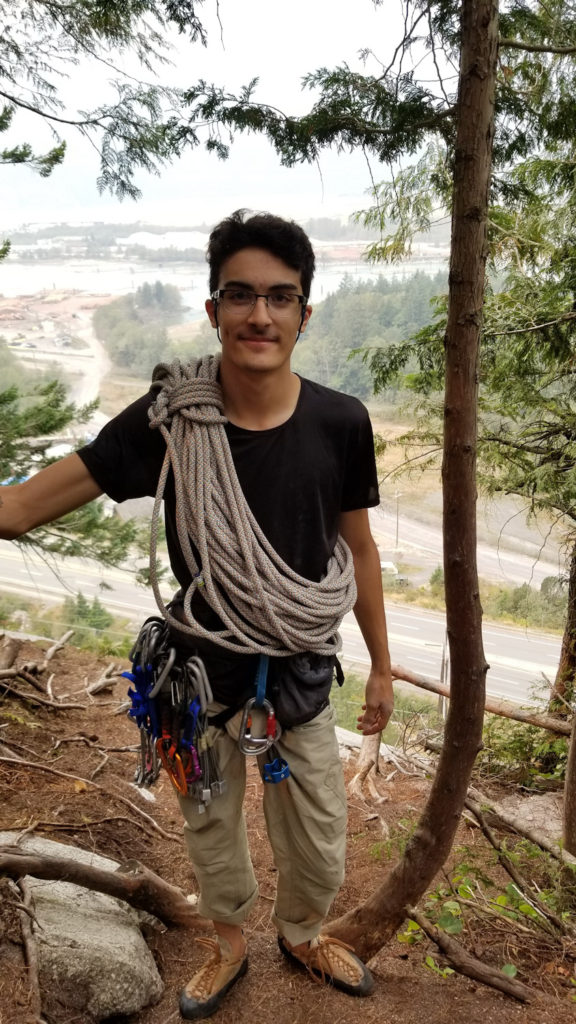 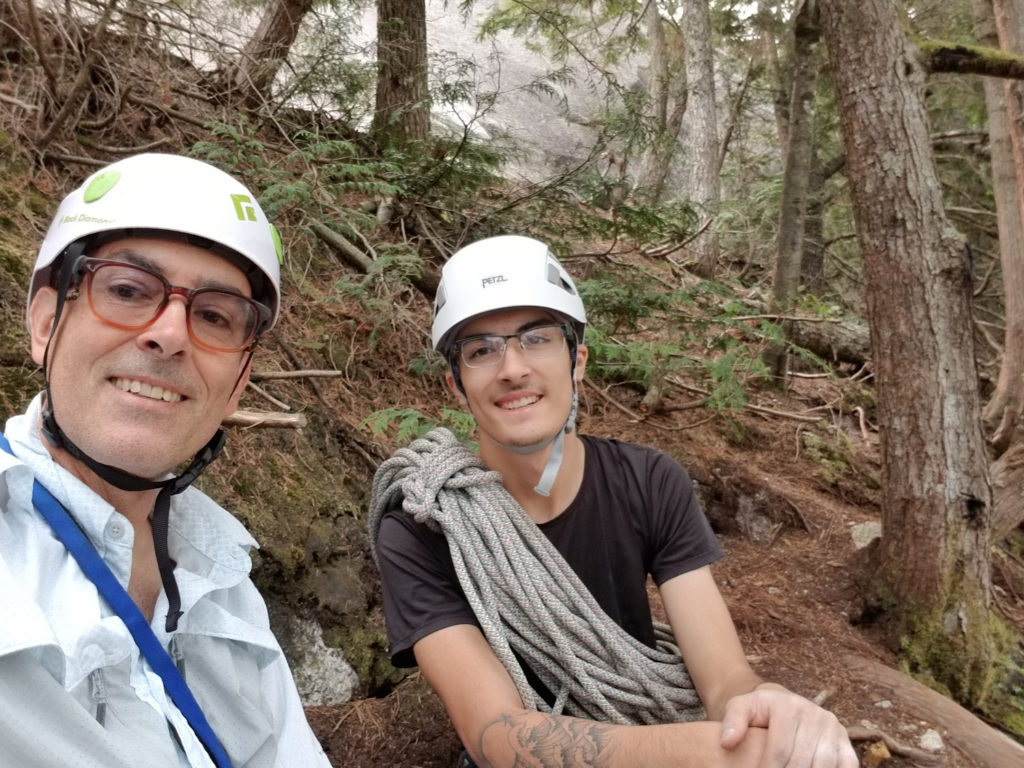 They were so excited to climb again, the next day Alan found a climb in Squamish that ALL of us could do, and we ALL did it. ALL of us!

The approach was a short but beautiful hike near Shannon Falls. 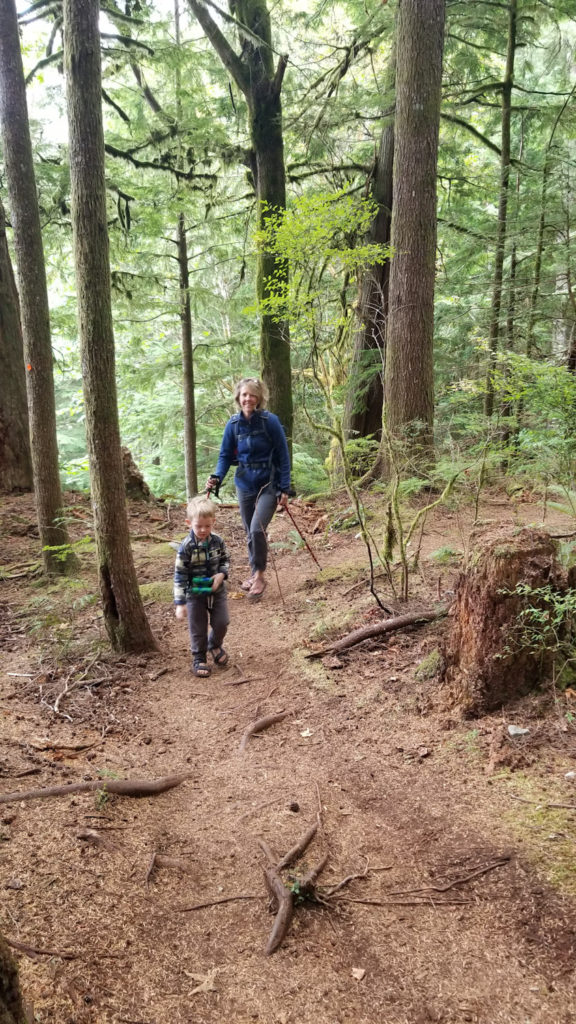 Alan led the climb and set up the top rope. He picked a classic crack climb rated 5.7 (difficulty) There were no bolts except at the top so Alan had to place ALL the gear.

Deigo belaying Dad on the “sharp” end, as Harlan watches. Almost to the top!

Look at how happy he is! 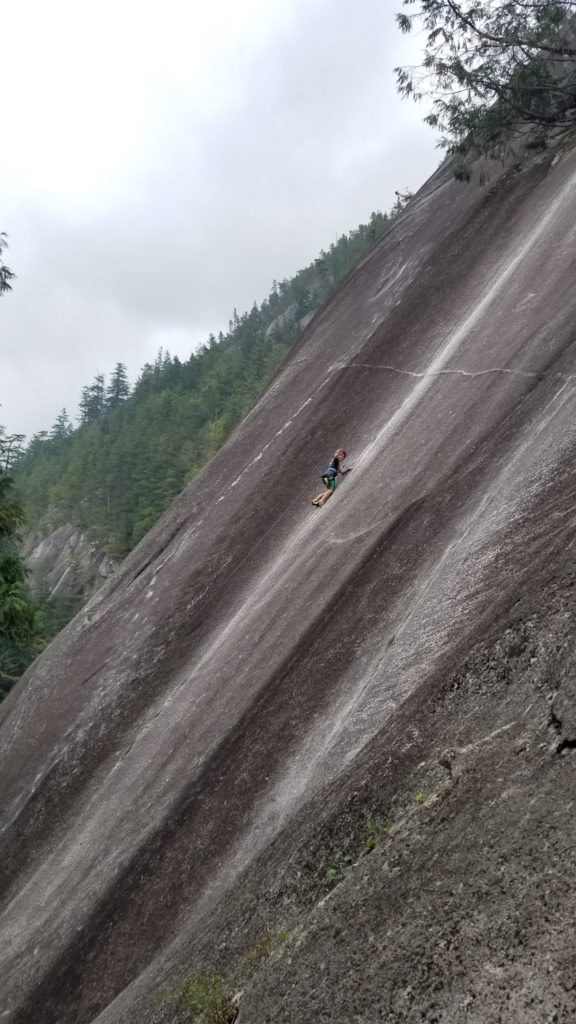 Diego was so proud. He also goofed off between climbs… 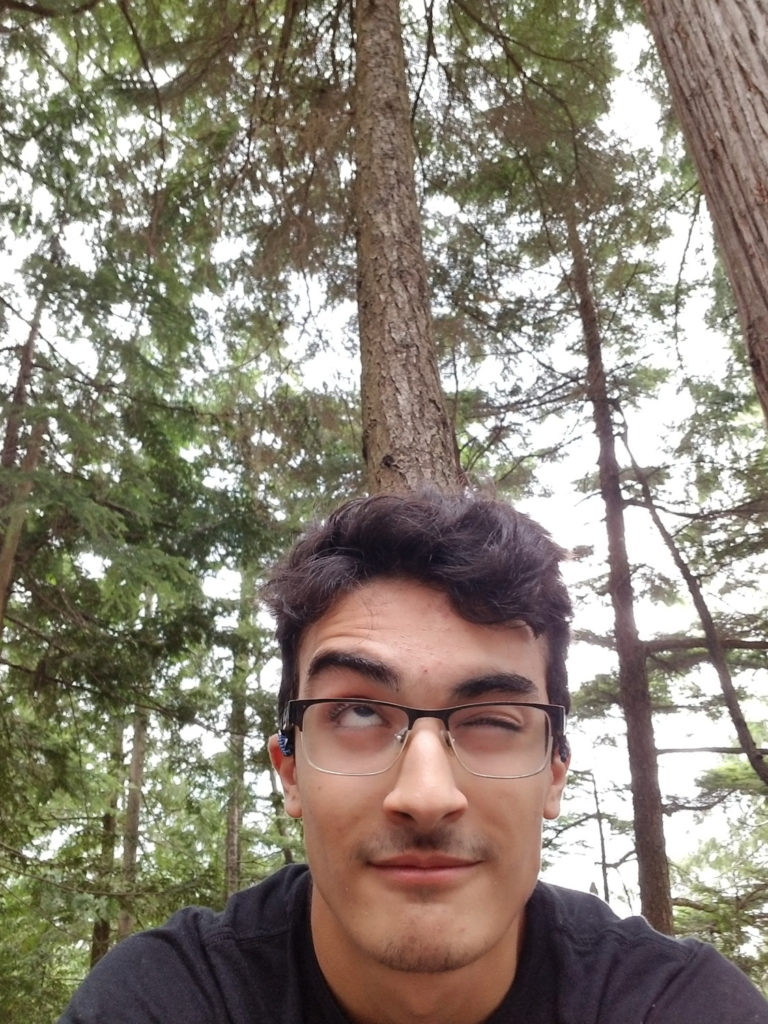 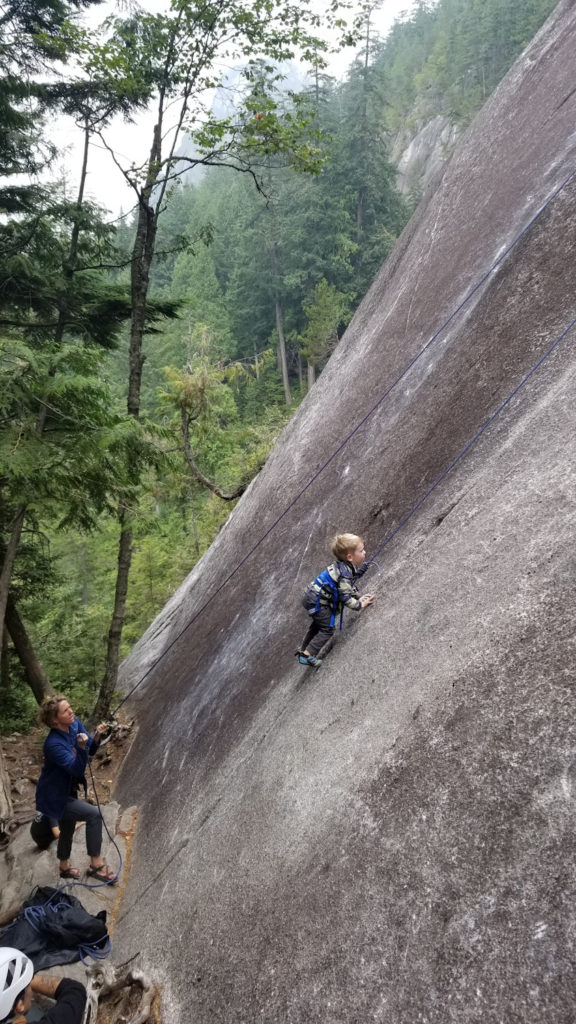 And yes, he made it to the TOP. It was insane. 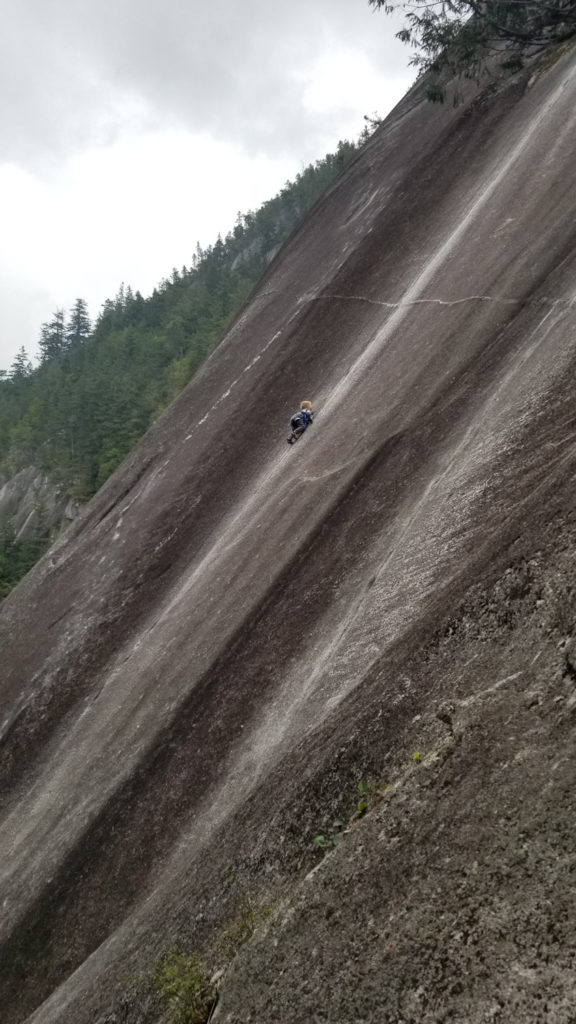 And finally, Alan belayed me. I’m out of shape and tired, but made it!

We couldn’t have been more proud of all the boys, and it was a joy to have Diego climbing with his little brothers and having such a good time. I know they have missed him. My happy motley crew.

Afterwards, we took a quick peek at Shannon falls and had a well deserved ice cream. It was an awesome day. 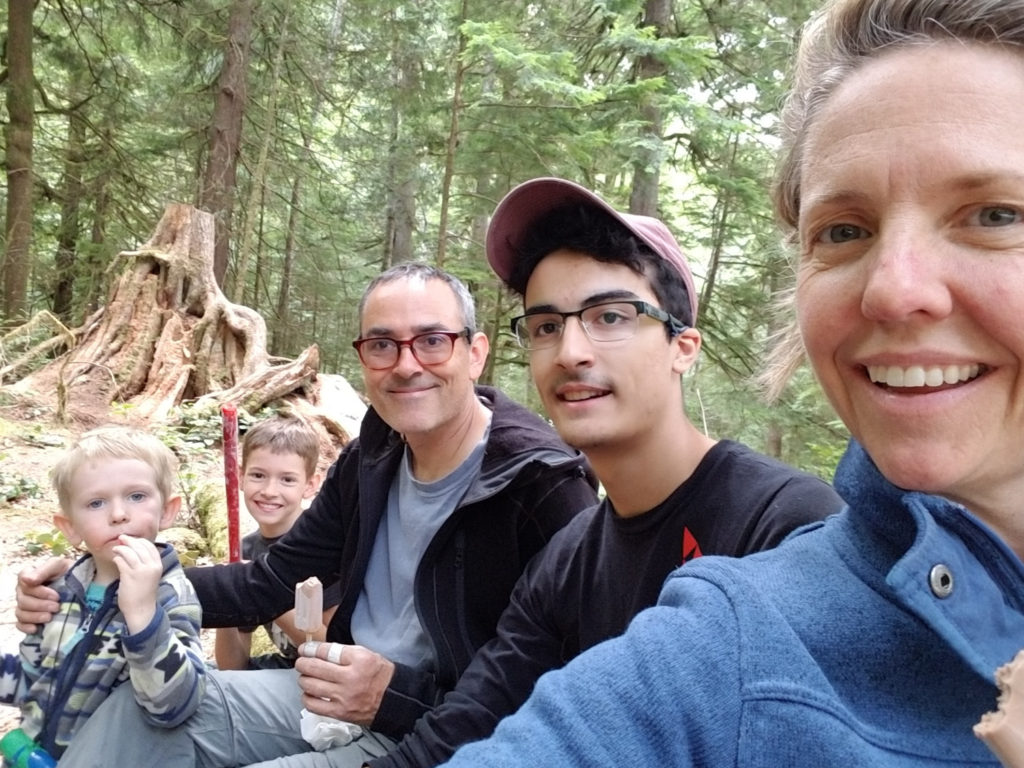 Diego was unstoppable, so the next day he went bouldering on his own… that is, climbing on boulders without rope for practice and strength. 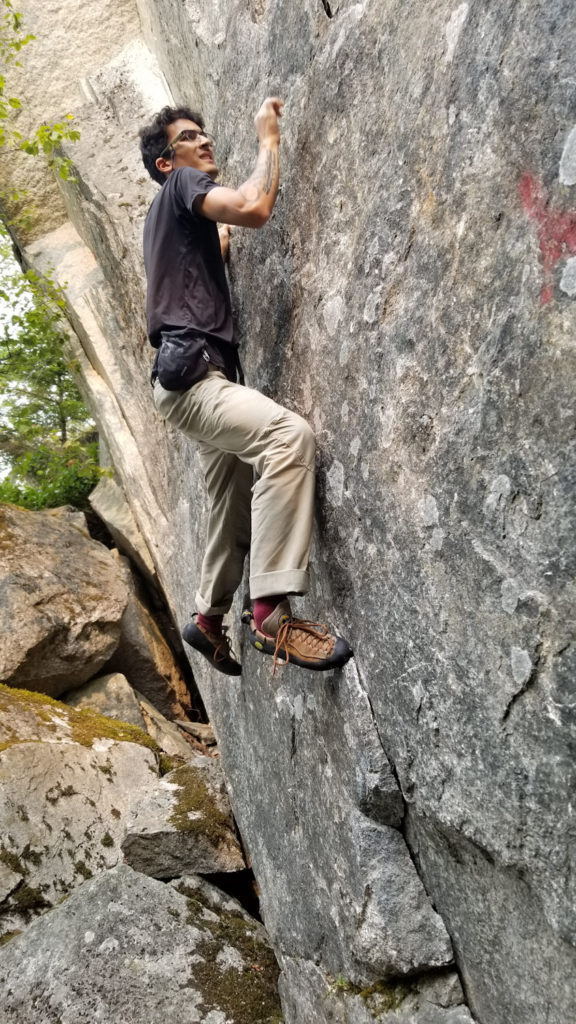 Alan and I took the kids on a canoe trip down “The River of Golden Dreams”. I know. Super corny name, right? I had a hard time keeping a straight face when calling to make an “adventure trip” reservation for the “River of Golden Dreams”.  We figured it was named to attract tourists. In reality, it was named in the late 1800’s by a man, for his wife, who loved it so much.

Being August, the water was really low, so we were warned there would be “portage”, and we might have to haul over a few beaver dams ( about 10 to be exact!) It was adventure for sure. 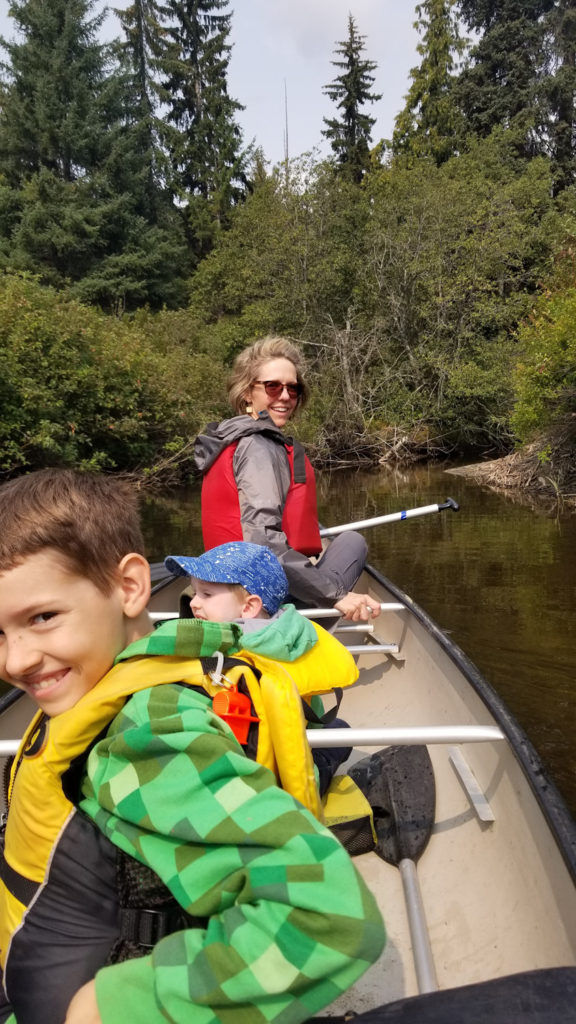 The Hauling Of Golden Canoes…

The next day, we all went to the Britannia Copper mine museum. 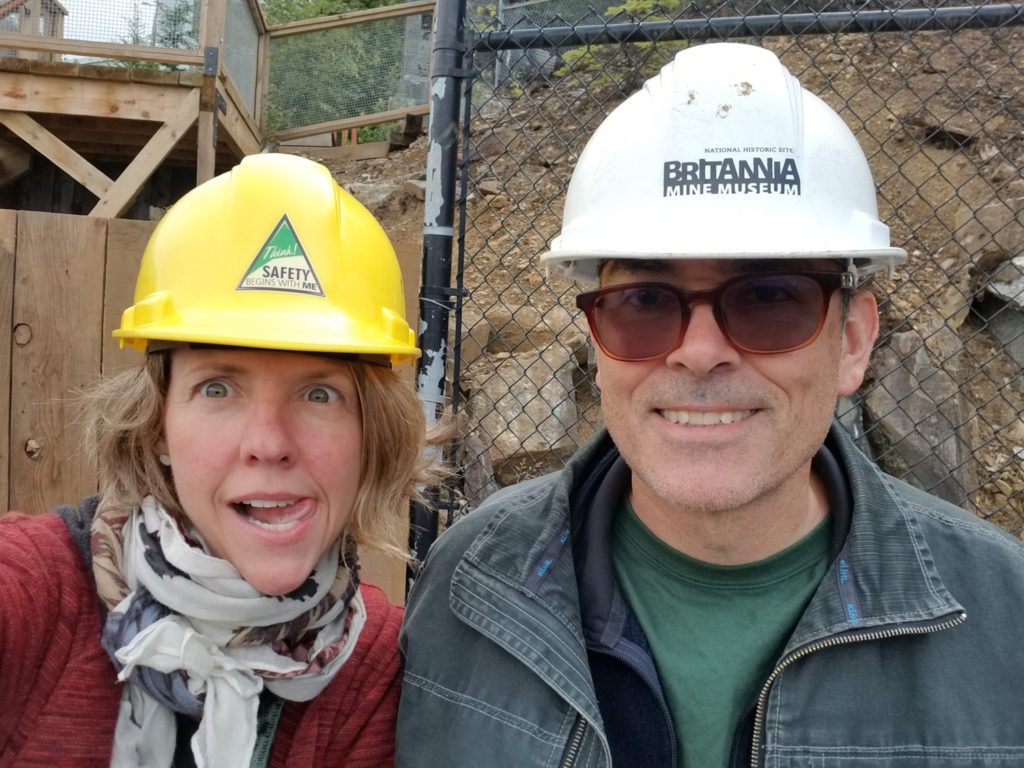 It was super interesting and inside the mine they actually had old working equipment that they were able to demonstrate.

Mining is serious, especially when you’re entering a tunnel in the side of this…

The “Mill” building was like nothing I’d ever seen. Hard to really capture how high and how steep the track on the left is…about 15 stories. 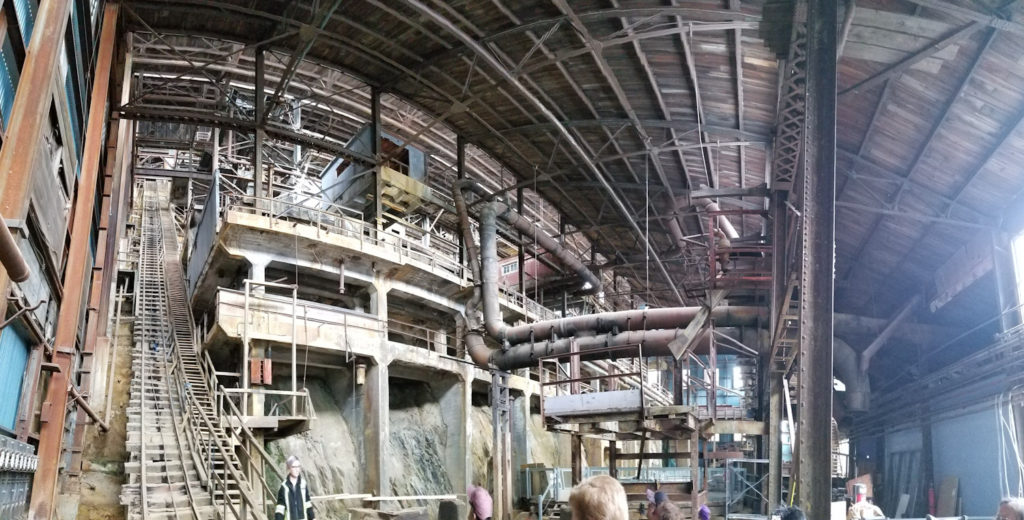 And of course I enjoy old rusty things

These drawers were for soil samples

The day before we left, it rained so the smoke finally cleared out a little so we could see more of the mountains. Better late than never. It was beautiful.

Nice view for a campsite, eh?

And that is Forest with his new Mining hat on.

We were bummed to have to drop Diego off at the airport the next day, but it was a fantastic week together. Now back to the States to hit  the North Cascades NP.

Thanks for joining us!