Our next Time In-between ParkS got us excited, because it involved taking “The Rig” on a ferry! Our next stop was Anaortes, WA so we could check out the San Juan Islands before heading up to Canada.

We made a reservation and since we were totally new to this, we were sure to get there nice and early.

We were super excited and fascinated… especially when we were about to drive onto this:

What the what??? Amazing how many vehicles they get on one boat. As it turns out, the early bird gets the front row! 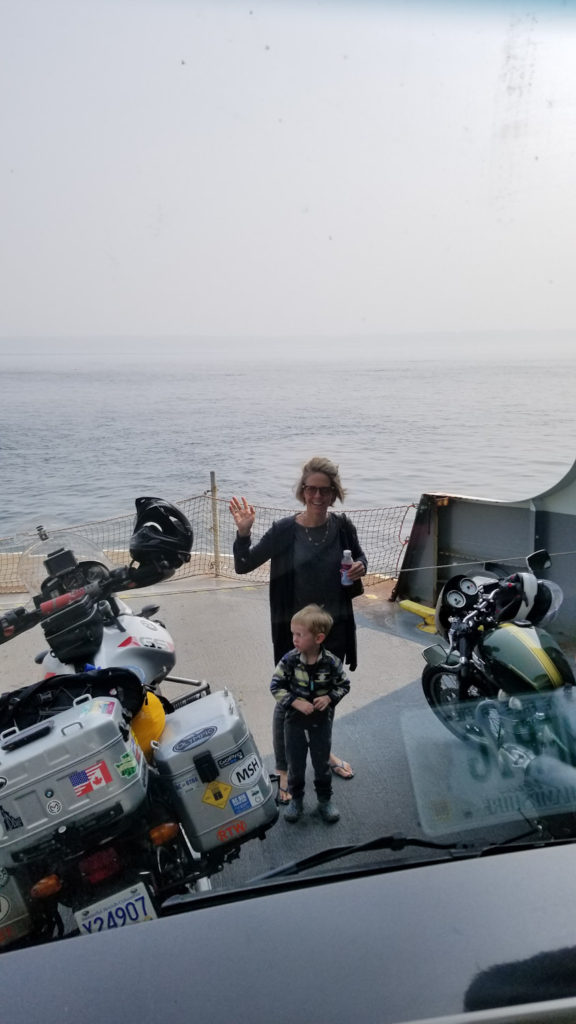 We get that this is just “how it is” up here, but we thought it was really cool.

So the ferry landed and we drove through the beautiful and pastoral Whidby Island, through deception pass to Anacortes.

Deception Pass, as seen from one of our hikes… 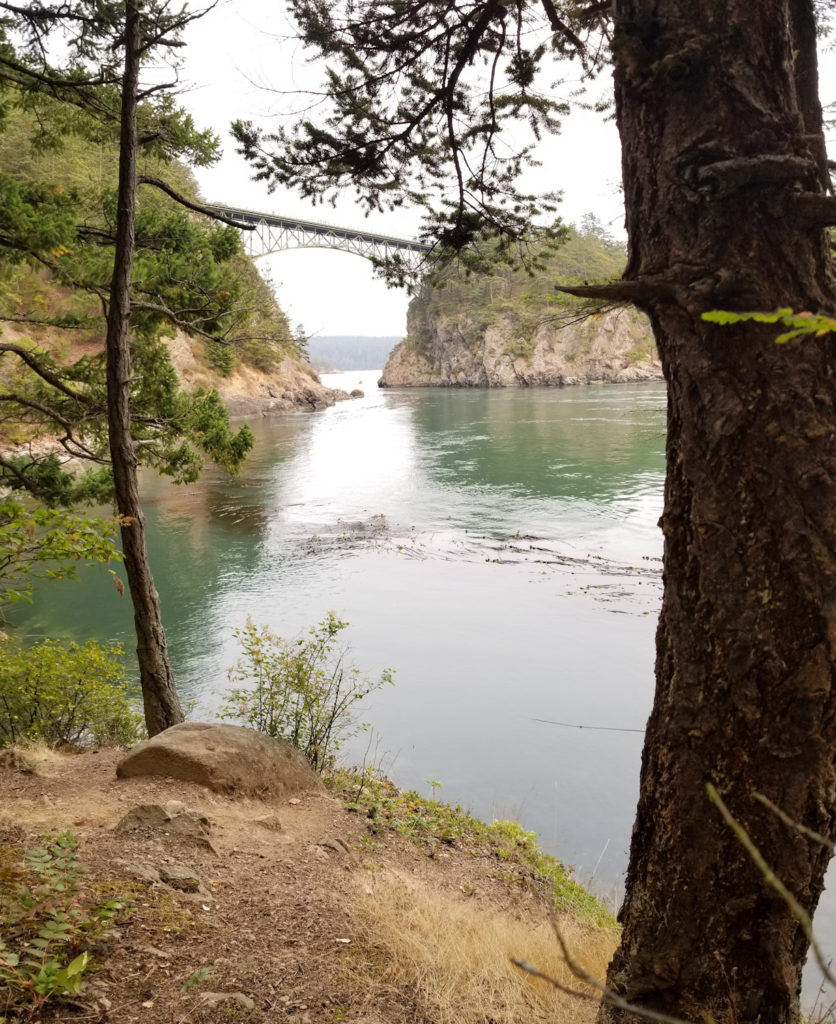 While in the area, we had some good local seafood

(and I actually had some of the WORST crab cakes ever too, so there’s that)

Took the kids to a local Wizard fest where they earned their wizard diplomas.

and Forest got freaked out by the fortune teller that kept talking to him.

And yes, we picked MORE blackberries. In fact I’ve become obsessed with these Washington berries that are EVERYWHERE so I did a little research. Turns out, these are not the prized native blackberry. They are the Himalayan Blackberry- a class C noxious weed in the state and an incredibly invasive species. They are impossible to eradicate. Since I knew I wanted to do my part to get rid of some of the seeds, I made the crew pick a bunch so I could make some more jam.

We took an evening stroll on Whistle lake 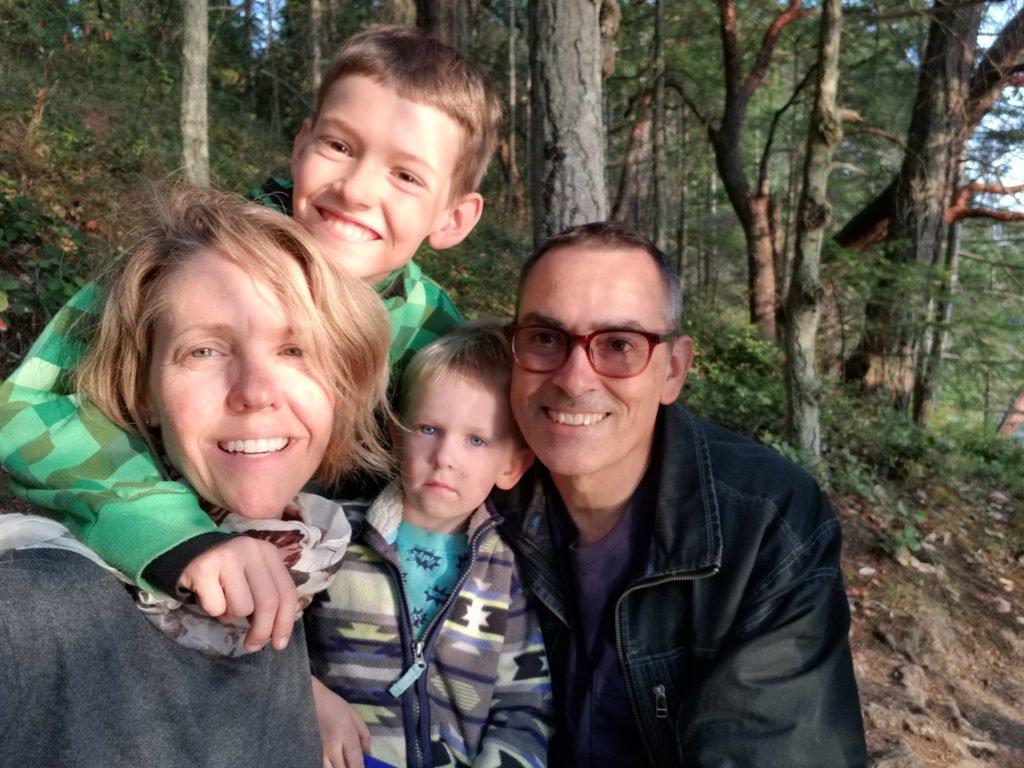 and ran errands at REI

We wanted to visit at least one of the San Juan Islands, so we took a day trip to Orcas Island. This entailed another ferry ride. Yay! 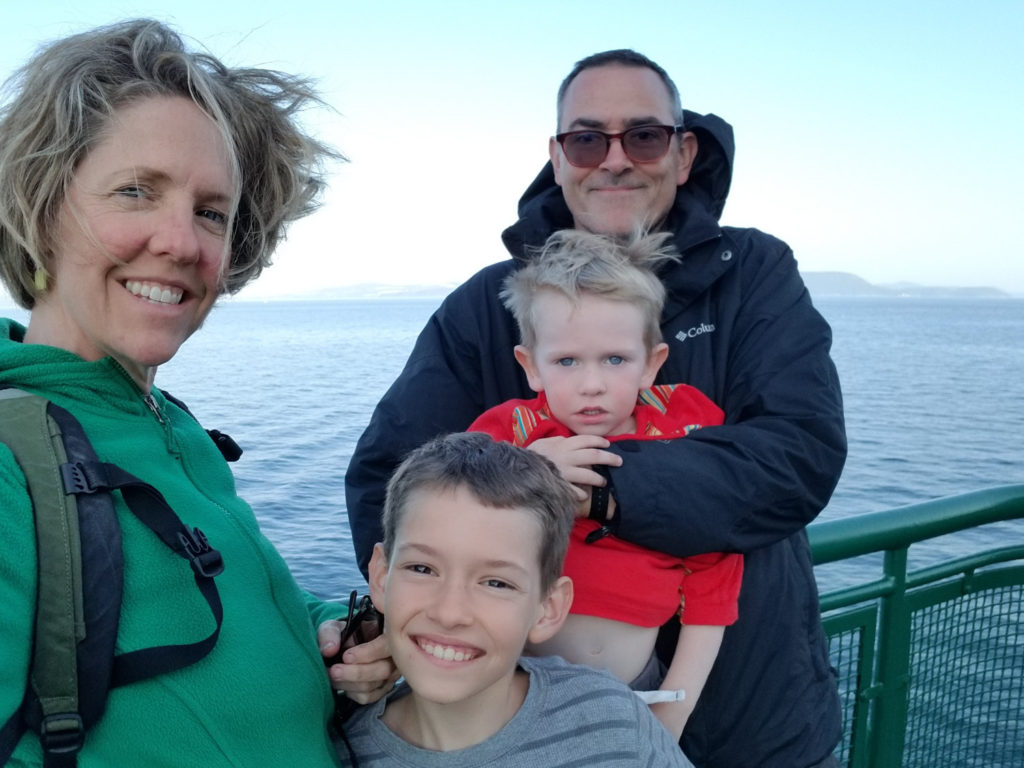 I swear, Forest is not miserable on this trip. He is just a hard one to get to smile for a picture.

So, Orcas Island. We had limited time, and when we got there for lunchtime, we find out there has been a massive power outage on all the islands! We had a few snacks with us, so we hit the grocery store to provision as best we could. Clearly we were not the only ones with the same idea. There was almost a run on sandwiches! This pit stop took more time than we wanted, so we were a bit rushed after that. We did make it Mount Constitution, however, which is the highest point in the San Juans, and it was beautiful…

Unfortunately without power, the super cool ice cream stand in the Airstream trailer that was at the top was closed. We’re big on ice cream. Especially from an Airstream Trailer.

We’re on to Canada next for some rock climbing and a visit from Big Brother Diego!

Thanks for joining us on the road!